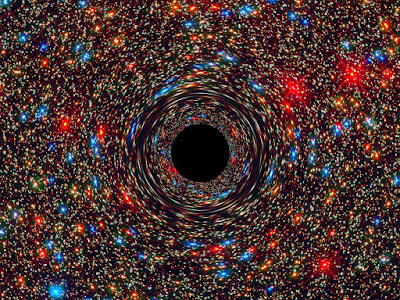 Time, once thought ineffable, is hurtling toward an end. A massive, sentient, hyper-intelligent black hole known as Ultima Zero has opened at the center of the universe and is slowly consuming our reality. Inevitably, all we know will meet its singularity.

The world we find ourselves in is old, like everything else. It has gone through more names, more suns, more eras and epochs and eons than anyone cares to count. The face of the planet has reshaped more than the surface of an ocean during a raging storm. The gods have all died ages ago. Utopias, apocalypses, and everything in between have come and gone.

One could say the current era, which very well may be the last, is a dark age. But the ghosts of the old world are restless, and the terrible artifacts of the past have a way of being found again. People stay tightly clustered in their towns and cities for fear of the unknowable wilderness beyond. 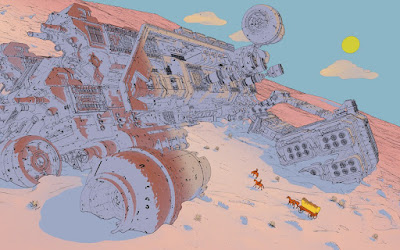 No one knows exactly when things fell apart, except that it was somewhere in the misty haze of the "long ago" when Ultima Zero was born. The legend goes that the nations of the world united to form the Eternal League, a coalition devoted to countering the insurmountable threat of Ultima Zero. Yet something went wrong, and the League fell to internal conflict (or perhaps something else). The nations of the world descended into chaos.

When the turmoil reached its peak, one of the remaining countries left the planet. Stories differ on the details but it is understood that the people of the nation of Valia, one of the founders of the Eternal League, seceded from the planet and went off beyond the sky.

No one knows what means the Valians used to leave the planet, yet from the dregs of history depictions have been recovered showing Valians climbing onto the backs of giants that leap out into space. No other evidence has been found to further elucidate the mystery, and many believe the story to be only a myth. Still, though, some swear to have found remnants of these giants buried in the dark recesses of forsaken land. 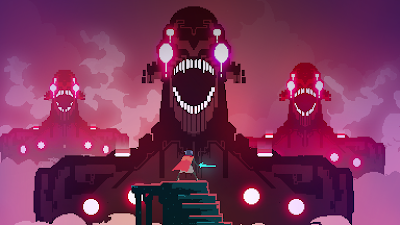 It is now indeterminate millennia later. Those who seek it understand that power can be found through covenant with the detritus of the restless past. Others look toward the lore of the ancients, for so many minds have come and gone from this world that one could only imagine what great secrets lie forgotten. And some merely strive to make sense of the world through study and contemplation amidst the calamity Ultima Zero has wrought upon space and time.

Society is reforming, and new nations are just starting to emerge. The greatest of which was the city-state of Zenonia. The megalopolis was built around several ancient megastructures and securely located on the coast of the inhospitable Black Desert, accessible only by sea or sky. But today it has been destroyed. 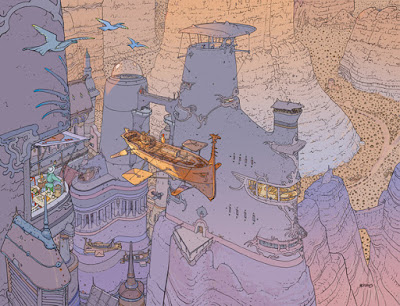 Three giant air-fairing vessels in the form of massive whirling heads appeared above Zenonia. No one alive saw how they approached. From the totems' mouths spewed countless insectile creatures that laid waste to the city, dropping bombs the size of boulders that explode in flashes of light and heat so great everything in their radius gets instantly vaporized. Zenonia was painstakingly constructed over the course of centuries, only to be returned to the ashes upon which it was built in a matter of hours.

Few survived, and even fewer who surveyed the attack knew what it meant: the Valians have returned. And they seek to resurrect the Eternal League by whatever means necessary. 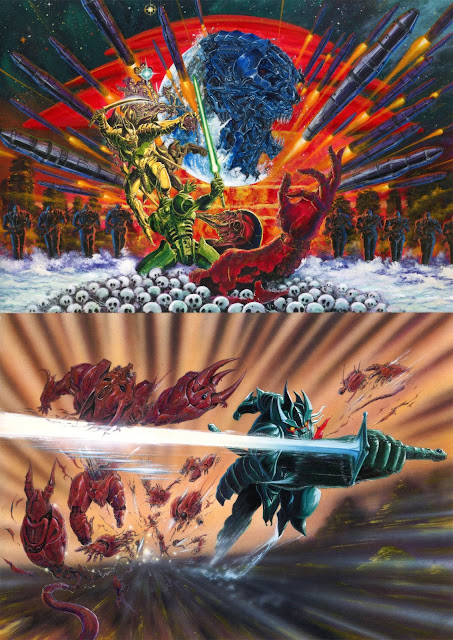 This is a primer on the campaign I am currently running. If you're at all familiar with the influences then they are probably obvious to you. I'm borrowing liberally from the Dying Earth, Gundam, Moebius' Edena saga, and a bunch of other things that would typically be considered "science fantasy" or "gonzo."

The first session was the destruction of Zenonia. I had set it up to be a pretty tight flowchart-style succession of scenarios and by the end of it the players had escaped by airship and but were stranded on the Cerulean Valley, where I intended for the first part of the campaign to take place. We're only a couple sessions in so far but the players have already decided they want to set up a trading/delivery/smuggling operation and find their coin by moving goods.

This seems like a fun idea, even if it was not what I was expecting when I was putting the campaign together. I had so far only skimmed Luka Rejec's Ultraviolet Grasslands since it seems like it was influenced by the sort of stuff I was taking inspiration from but now I better read it again to harvest more material from it to graft unto my rapidly bloating campaign since it has some rules and mechanics that are undeniably relevant. I probably ought to re-watch Firefly too.

So a lot of this cosmic universe-ending stuff is mostly in the background. I don't really intend for it to come up much on a session-to-session basis, since there will be plenty of other stuff for the players to deal with. I mostly just wanted a plot device to justify obvious anachronisms and time-fuckery and give me a broad enough field of hooks to draw on later should the need arise. Plus I've always been interested in near-apocalypse settings but never had the chance to do one myself.

The apocalypse is probably never going to happen, in that Ultima Zero will likely never swallow the planet over the course of play, but the threat still needs to be there looming just out of sight. After all, we know the sun is never going to explode reading Jack Vance's stories but the fact that it might makes everything else that much more poignant and absurd.

One of the concepts I'm most excited about exploring is the Valiens, who at the outset I had intended to be the Elf equivalent. I read Seveneves by Neal Stephenson last year and while it definitely was not his best work I was really fascinated with how he portrayed the last remaining humans rebuild and revive their species in space after the earth was made inhospitable.

Stephenson went about it in his typical fashion, meaning that everything plays out as realistically as I could possibly imagine—if some time in the near future the moon explodes and breaks into pieces small enough to plummet toward the earth in a world-ending catastrophe, I will certainly find myself seeing the efforts made to get off the planet and thinking "ah yes, this is exactly how Stephenson put it."

The experience of reading about the changes humans underwent after the [spoiler?] 5000-year time skip was just one of those things that stuck with me long after the other details of the plot started fading from memory. The Valians left and were forced into survival mode, meaning genetic modifications and Zardoz-style society of strict adherence to the common cause.

I haven't decided if I want to do play reports yet but I envision that much of the stuff I put on the blog in the future will be in some way related to this campaign. So LOOK FORWARD TO IT while you STILL HAVE THE TIME. 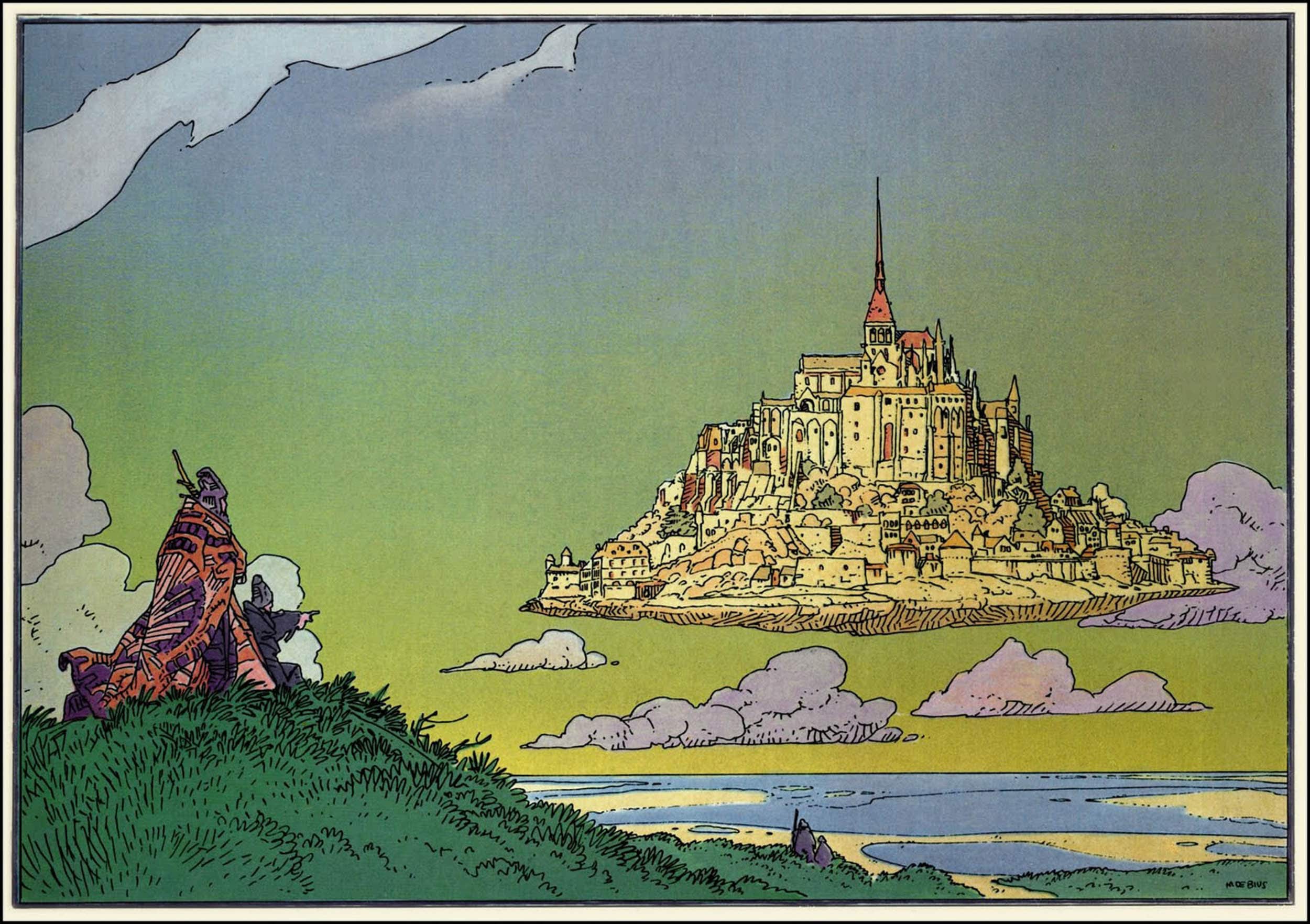 Not Another Death and Dismemberment Table 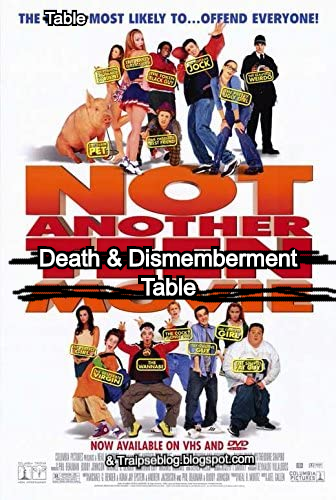 I did some research and it seems like (approximately) everyone and their mother made a Death and Dismemberment table way way back in the early 2010’s. Far be it from me to let an old topic rest; here’s my take on both death and dismemberment.

When a character is reduced to 0 HP, they make a save vs. death, with a penalty equal to the amount of damage they took from the killing blow. Wearing a helmet gives a +1 bonus to this save. If the character fails, they die. If they succeed they roll on the table.

Unless otherwise specified, a character that rolls on the table must take a 10-minute rest, at the end of which they regain 1 HP.

Most tables I have seen are meant to be used as an alternative to death—when a PC drops to 0 HP, instead of dying outright they take a roll on the table. For this reason, many tables have at least one “instant death” option, usually differentiated by how much of the body is left and whether or not they’re buried or revived. Many others have similar results, along with several other installments that run along the lines of “die in 3 rounds” or “die in 1d6 rounds unless the wound is treated/cauterized/magically healed” and so on. This is all well and good; after all, old-school D&D ought to be lethal even if you don’t want them to be as lethal as “you die at 0 HP, too bad, make a new character.”

I wanted to take a different approach though. Death should be death—I’m not partial to having installments on the table that are just “death” in various forms or degrees, in part because I feel that it gets too technical and fiddly and also because a lot of that stuff ought to be dictated by what happens in the game and not with a roll on a table. Most people, specifically DMs, can intuitively differentiate deaths caused by taking 2 points of damage from a goblin with a butter knife vs. a max-damage lightning bolt hurled from a storm giant skewering you to the mountainside. 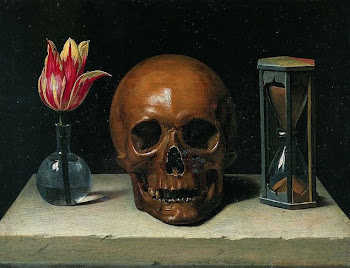 Death is death. When a character gets to 0 HP they save or die. Only by not dying do they roll on the table. “But wouldn’t that just make it a Dismemberment table?” You may be asking, after having read what I just wrote above and seeing that my table doesn’t have any clear “death” results. To that I say: I intentionally and very cheekily titled it “Not Another Death and Dismemberment Table.” But because I am vast and contain multitudes I have deemed it OK that the worst results on the table would lead to death should they go untreated. The point is if you’re looking for a table that will tell you the degree to which your character’s corpse is intact then look elsewhere.

The big thing here that differentiates the NADADT and other DADTs is the save vs. death. In addition to my desire to separate death from the DADT, I also wanted to have the strength of the killing blow factor into the lethality of the attack. If we were to consider HP as ablative “don’t-get-hit points,” then it stands to reason that it’s much easier to die from a “mighty” blow than a “weak” one regardless of how many hit points you have left. 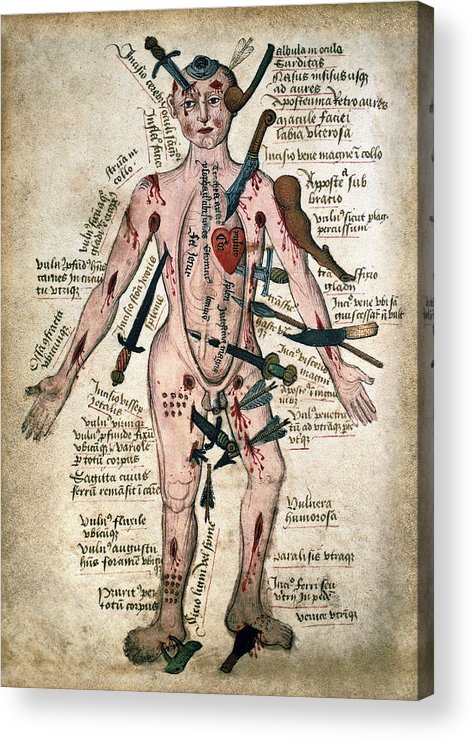 Using a save vs. death with a penalty equal to the killing blow’s damage somewhat neatly folds those two desires together into the same system. Death saves get pretty easy at higher levels (looking at you, dwarves) but hopefully the damage penalty is enough to offset that.

I’m going to consider this a “Version 1.0” of the NADADT because it is absolutely subject to change. I’ve tested it out a bit and so far so good but at the moment I’m only running one game and my players are just too damn smart to die frequently enough for me to thoroughly test the table. Only time will tell what the future has in store...
Posted by Traipse at 12:16 AM No comments: