Here are a couple paragraphs of elaboration on the PSIONICS rules from the last post.

This might be a contentious opinion but I think psionics are cool and good, actually. The only issue is that they can't seem to be implemented right. Every "official" psionics system I've played with is a total drag and all the homemade attempts to remedy them never really land with me. Yet, much like classic D&D, the concept is strong enough that people just keep coming back to it. Some alternative rules are pretty good, like the ones in Carcosa, but they all suffer the same problem of just being just another per-day magic-adjacent ability with an ostensibly sci-fi flavor.

I think psionics should be fun and intuitive, because this is a GAME after all, but they should also be incredibly risky and dangerous and bizarre. The way some people feel that magic should be all occult and twisted and potentially disfiguring to those who practice it—I feel the same way about psionics. While the classic TSR-era psionic rules possess a quaint yogic Indo-Chinoiserie, I'm more interested in the violent, gross psionics from the likes of Scanners, Akira, and Ubik. Psionics are high risk and high reward. If you push them too hard, they will push back. But the only way to grow your power is to push yourself right up against the limit.
This system was designed to have a built-in control to prevent players from using their powers excessively, but still allowing for them to actually feel like they possess meaningful abilities. One thing D&D could use more of are attrition mechanics that aren't determined by the number of [spell slots/torches/rations/etc.] a PC has left but instead by the player's knowledge that the more benefits they extract leads to a higher risk that something bad happens to their character. It's like a second psychological mind game players with psionic PCs play on top of the one they're already playing with the rest of the group.
The rules themselves are pretty easy to suit your tastes. If you want them to show up even less frequently than rolling a d100 below your lowest out of INT, WIS, and CHA than you can just do it the way AD&D does it. If you want less flash, you can remove the additional environmental effects from psychic breaks and maybe tone down the two power roll abilities. I definitely had a specific genre flavor in mind when making the powers, but if that's not your thing then the system allows for modification.
The unique dice mechanic is something I'm pretty happy with. It doesn't seem to be too much extra book keeping for the players, and it serves to really emphasize the idea that psionics are weird and different, unlike all the other weird and different things featured in the game. I've already discussed my love for unique resolution mechanics, so just know that this one fits the bill. I would imagine that the power dice mechanic could be refitted for something else pretty easily, but I haven't tried it with anything else yet.
One final note: In any other psionic system, psionics don't show up nearly as frequently as they ought to. It makes sense that psionics should be rare, but when there's less than, say, a five percent chance for a new PC to be a psion then in practice the rules barely even matter to me. Inevitably, in accordance with the laws of karmic irony, a PC with psionics won't be rolled until at least six months into a campaign, and then they'll die a handful of sessions later after having barely used their powers. It's just the way these things go.
Posted by Traipse at 2:34 PM No comments: ARE YOU A PSION?

After determining ability scores at character creation, roll a d100. If you get below the highest score out of your Wisdom, Intelligence, and Charisma, you are a PSION. Roll randomly for a power. If you would rather have fewer psions in your game, roll below the average of the three scores, or below the lowest of the three.

HOW TO USE PSIONICS

Every psion has a POWER DICE, determined by their level.

To use a PSIONIC POWER, roll your POWER DICE and write down the result somewhere on your character sheet. For an enhanced effect (as specified in the ability descriptions), make two POWER ROLLS and record both results. The power then manifests. Rolling repeat numbers will result in a SHOCK, detailed below.

Unless otherwise specified, each power's effect applies instantaneously, with a duration of one round and a range (if applicable) of 120'.

SHOCKS AND BREAKDOWNS
There is no hard limit to the amount of times you can use your abilities. That being said, excessive use can and will cause setbacks.

Psychic breakdowns are incredibly traumatic, life-altering events, but they can give way to new insights and abilities. When you suffer a psionic break, roll a d100.

1-60: Roll 1d4 and subtract the result between your Intelligence, Wisdom, and Charisma scores. A tremor shakes the immediate area.

61-70: As above, and lose one known language. Every sentient creature within a 100’ proximity must save vs. magic or take 1d6 damage.

71-80: As above, and lose half the experience you have gained since leveling up. You seep unstable psychic energy, causing every mechanical or magical device within 100’ to go haywire.

81-95: As above, and you gain 1d4 mutations. You release waves of sheer psionic power in a 10 mile radius. Carts and wagons begin to levitate, weather systems are disrupted, animals go insane, babies are born already knowing how to speak.

96-100: Immediate death. If you are level 7 or higher there is a 1-in-6 chance you erupt in a massive, terrible explosion, obliterating everything in a half-mile radius.

After suffering a psychic break, you fall unconscious for 1d6 days and gain one random psionic power upon wakening.

In addition to acquiring a new psionic power after surviving a psychic breakdown, you also gain a new random power when  every number of your power dice is written on your character sheet (including ones crossed and X'd out). This can only happen once per level. More powers can potentially be acquired if you receive training from a master psion. The parameters of training are left up to the DM.

You can spend a full day to mellow out, which lets you erase one number from your sheet. You can’t spend the day doing anything other than basic activities like going for a walk, meditating, nursing your migraine, etc. You can also speed up this process by partying, doing drugs, donating to the needy, or whatever other frivolous moneysink best suits your character. Spend a number of sp (assuming a silver standard) equal to 10 times your level and roll your power dice. Erase an amount of numbers equal to your result. 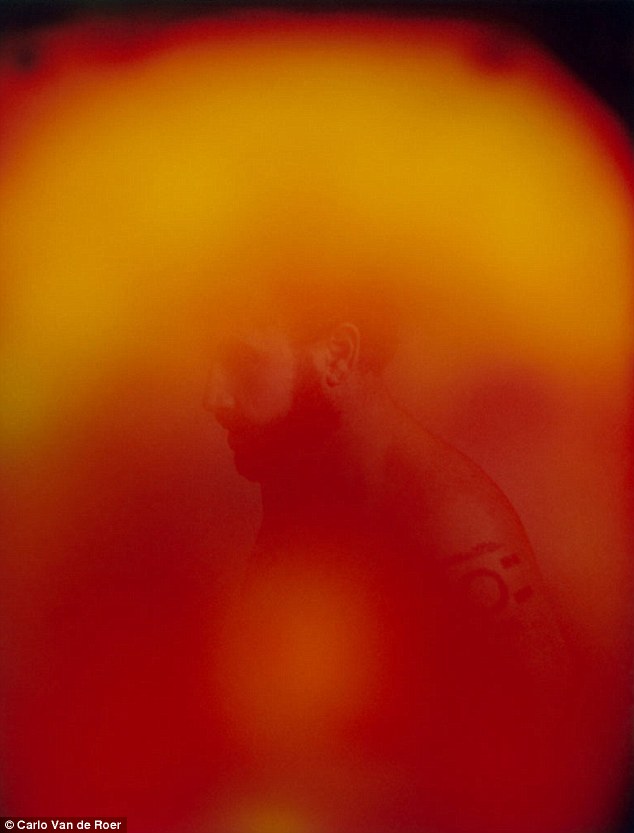 I've had this blog for about four months now, so I figure it's time I introduce myself. My name is George, I've been playing and thinking about D&D for a long ass time, and I wanted to make a blog to post about it.
If you're at all familiar with the Old School Renaissance/Revival, it should go without saying that this blog follows in the footsteps of many OSR creators before it. A lot has changed in the past decade or so since the OSR first became a thing, and I think it's safe to say it is reaching the autumn of its lifespan as a niche internet-based subculture. Many great bloggers and creators will certainly continue posting and making things into the indefinite future, but every movement has a point where it somehow simultaneously fades into obscurity and becomes co-opted by the mainstream.
This is something I will consider with a sense of easygoing detachedness. While I would like to ride the zeitgeist and be a part of an up-and-coming "scene," I simply like old school D&D and its derivatives too much to write about any other type of game. Alas, I have relegated myself to post from this dying world.

That being said, I don't know if I would characterize what I post or how I play my games as strictly "OSR." Maybe DIY D&D would be a better term. But I guess when you get down to this granular of a level the labels don't really matter.
So what's the point of this blog? I want to write, and actually follow through on ideas instead of having them exist loosely in my thoughts and on various notes. I spend enough time thinking about D&D I feel like I ought to have something to show for it beyond just what my players see from session to session. I want to share ideas with other people and hopefully do my part enrich the noosphere.

At some point I'm probably going to post about other stuff, but for now I want to get the ball rolling with D&D stuff.
Posted by Traipse at 8:48 PM 2 comments: