The most popular tavern in Eagle's Reach is a wide, squat building with a domed roof. It's name is the Jolly Bottle, but everyone calls it the Tortoise on account of its shape. Inside, you'll find long communal tables spanning most of the floor, a bar off to the side with great barrels of the local ale stacked behind it, and curtained off booths along the walls of the establishment.


On the far end of the main room is an opening to the sizable back room, which has a stage big enough for a musician or small band to play and space left open for dancing and merrymaking. The walls and ceiling rafters are decorated with local artifacts: old tools and weapons, engravings, wood carvings, hunting trophies, and various curios that have accumulated through the years.

There's a staircase in a corner of the main room that descends down into the lower floors of the tavern, which are small labyrinths of corridors and private rooms that are easy to get lost in if you don't know where you're going.

People can be found at the Tortoise at all hours of the day swapping gossip, telling stories, and enjoying the good drink. In the evenings it fills with people carousing, gambling, dancing, and doing all that classic tavern stuff. Shady dealings are also rather commonplace, though frowned upon by the proprietors. 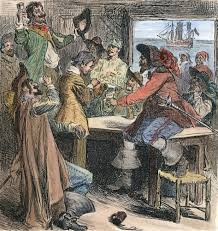 From the players' (and characters') perspective, the Tortoise is the spiritual center of Eagle’s Reach. It is a place to meet NPCs, acquire rumors, and lay out plans, and discuss their next course of action. As they continue adventuring and making names for themselves, people will recognize them, the trophies they acquire on their journeys will decorate the walls, and they will share stories of their exploits. They will make the tavern their own.

I am a big fan of taverns. If the whole of D&D can be boiled down to the Dungeon, the Wilderness, and the Town, then the Town in turn could be boiled down to the Tavern. Now some might say that the most significant aspect of the town is the shop, as it (or its equivalent) is where PCs buy equipment and sell treasure, but I see that as merely an aspect of the game primarily used to justify the game-y cycle of transmuting treasure into goods in order to extract more treasure. A vital component to be sure, but if the whole "town" part of your game is for the most part just providing players with a narrative justification for transacting then you're doing your game a disservice.

And what disservice would this be, exactly? I think it’s fair to say that most of the game takes place in the dungeons—the mythic underworld that is the site of great adventure. Dungeons are easy to latch onto as a tangible place, an elsewhere that is still a somewhere, a vivid and dynamic location. But when players leave the mythic underworld and return to society, there needs to be an adequate contrast.

Sure, as a DM one can just say allow for towns to be the nebulous third space that is not dungeon or wilderness, but for games that try to cultivate the “mythic” atmosphere of the mythic underworld, there needs to be a strong contrast—a list of names and locations in town is not going to cut it. DMs need to put in the work to make society seem “real” to contrast the dungeon’s “surreal.” A “normal” to the “paranormal.” Et cetera.


At its platonic ideal, a tavern is the place players can feel at home. It is the aspect of the game world that is not trying to kill them, but is still engaging enough to still feel like it is worthwhile to spend time there. It is a place that would leave a conspicuous hole in your campaign if it were to be absent.

So how do you go about doing this? Let me posit a two-facet method (it's like two steps but it's only one step but the step has two parts): make your tavern interactive and dynamic

The upshot is: interactivity invites players to participate in the game, and dynamism is what allows for the setups and payoffs that make the game fun and satisfying. 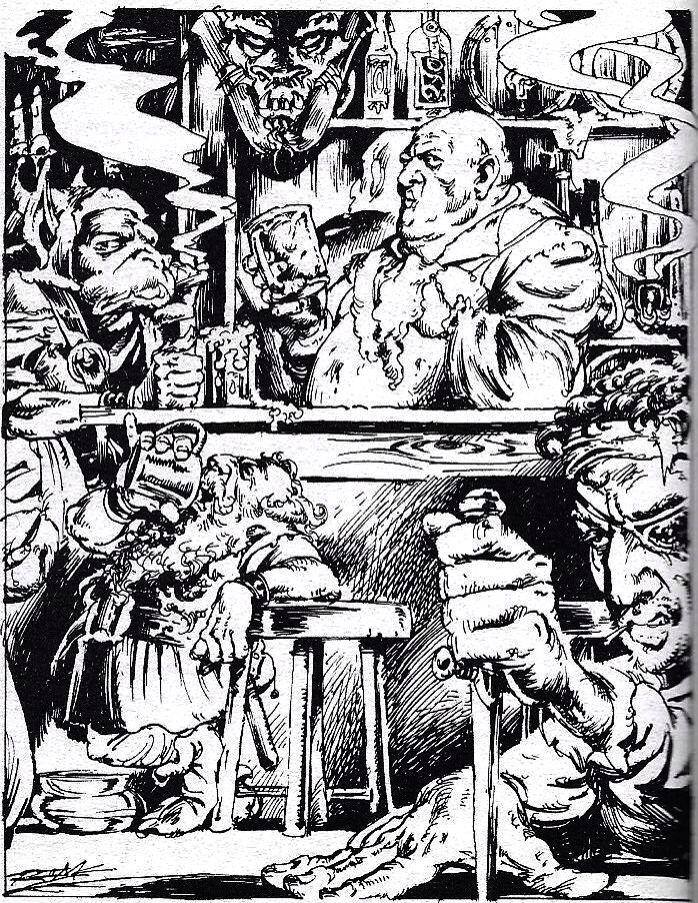 Interactivity is, obviously, the way to make players engage with stuff in the game world. Since this is a roleplaying game and virtually everything is capable of being interacted with, the real trick is making the interaction meaningful. A tavern is just window dressing if the players can't do anything with it. So the solution is to give players stuff to do.

I'm a big fan of letting players get additional XP when they choose to spend their money carousing instead of on useful things. Additionally, letting PCs perform or tell stories in exchange for rumors or funds ("free lodging for anyone who can keep the crowd pleased all night!") is another good option. The barkeep might want some new decor and is willing to give a hefty sum to anyone who can give them a peryton head to mount on the wall or an owlbear corpse for a new carpet.

Dynamism, which goes hand in hand with interactivity, is the lasting effect the players have on the tavern.
This is the map on the great that the adventures continually add to as they explore the region. This is the discount the party gets after they unearthed the Holy Grail from the old well. 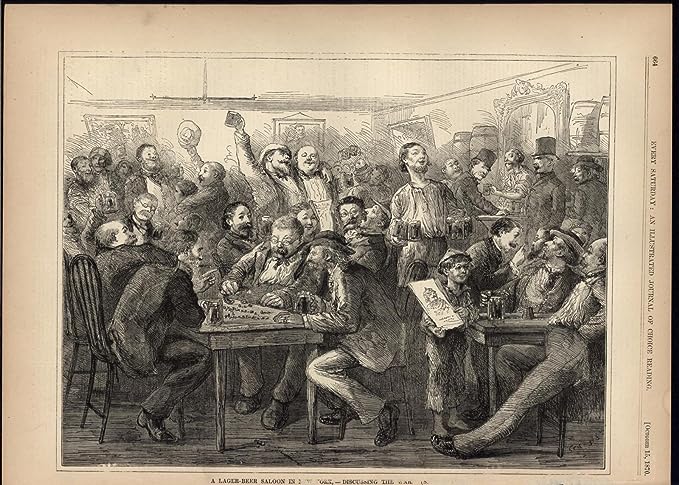 I want to specify that I mean players and not PCs, because it’s likely players will go through a handful before seeing any substantive change. But once a group accomplishes something cool, it won’t matter who specifically did it. Regardless of who they’re playing, the players will hear you describe the dragon skull mounted above the bar and think “we put that there.”

This can be extended as far as you’re willing to take it. Perhaps the party makes a contact who tells them how to get into the secret back room of the tavern to consult with the flaming deity trapped in a brazier that resides there. Perhaps the party stumbles upon a cellar that leads right into the city’s chthonic sewer system.

Really, any texture you can add to the tavern to make it more than a name and a spot on the map is better than nothing. But think about what will make players care, and think about how you can squeeze that to get as much juice as possible.

(and of course, it doesn’t have to be a tavern)