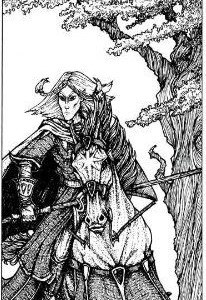 Whenever I talk with new school D&D players about B/X, the biggest sticking point for them is always race-as-class. That’s understandable. It’s a big departure from what they’re used to. I like race-as-class; in an assumed human-centric world, it gives the sense that demihumans are thoroughly distinct.

In 5e an elf has more in common with a human or a dwarf if they happen to be fighters than another elf if that elf happens to be a bard or druid. That doesn’t sit right with me.

Hawk the Slayer didn’t assemble a team of five generic fighter PCs. He gathered an elf, a dwarf, a giant, and that other guy. The variety of fantasy races represented was what made them interesting. I just saw Hawk the Slayer by the way. Terrific movie.

With all that being said, more variety among the demihuman races is not always bad. The Adventurer, Conqueror, King System and this post from the esteemed Dr. Jeff Rients posit that demihumans ought to have their own classes exclusive to their respective race. It’s an intriguing idea, and while I’m not particularly crazy about ACKS’s execution (no disrespect to the system; I’m just physically incapable of being interested in anything called an “elven nightblade”) it’s a solid enough idea that I was inspired to take a stab at it myself.

Early on in the conceptual stage, I realized that the unique features that characterize the demihuman classes, like the dwarf’s ability to recognize architectural quirks or the elf’s immunity to ghoul paralysis, are rather easy to replicate and play around with. Instead of coming up with distinct classes for each demihuman, it was much easier and facilitated more creativity to come up with variations of the same classes. And this has the added benefit of keeping demihuman classes more thematically cohesive. You maintain that thing I brought up earlier where the special thing about an elf PC is still that they’re an elf—not an elven shardwhisperer (or whatever).

Starting with the elf, I took their class features and swapped them out with features of comparable utility. Each is flavored as a different elfy archetype. Treat all the numbers and granular details of the class like saves and equipment restrictions as the same as the base class.

All elves have infravision and a 2:6 chance of hearing noises.

Fair elf PCs have a 2:6 chance of having their starting weapons and armor be of quality elven make, meaning they have equal durability though half the weight of standard equipment. Roll only after purchasing gear at character creation. 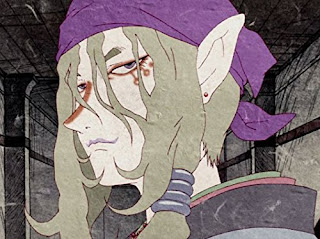 Animals can understand you. Immune to charming spells and creature effects such as that of a dryad or nixies. Climb and Move Silently 4:6 when in the wilderness. 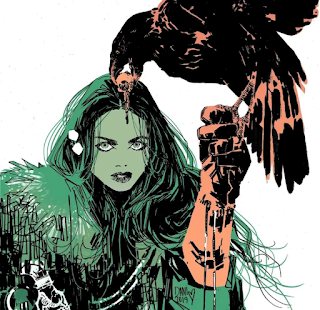 Sylvan elf PCs have a 2:6 chance of starting with an animal companion from their homeland.

The animal companions are smarter than their mundane counterparts and will obey your commands to the best of their ability. They are entirely faithful and never break morale. You only get one though, so if your companion dies that's it.

Alignment must be Chaotic. Drugs and other other non-magical mind-altering substances require twice the effective dose to work on you. Immune to level drain. 2:6 chance to detect enchanted creatures in a 5’/level radius. Successfully detecting an enchanted creature grants you insight into their nature (demon, elemental, undead, etc.) but no specific details about their identity or intention.

Sanguine elf PCs have a 1:6 chance (rolled on a 1) of being a cenobite: your Charisma is reduced to 2 and you are generally disdained by all, but you can only be killed by magical attacks. Anything mundane that would normally kill you instead drops your hp to 1, knocks you out for a turn, and reduces your total HD by 1 (your level stays the same). Grotesque ritual mutilations are both among the greatest gifts and harshest punishments of the Vermilion Isles. 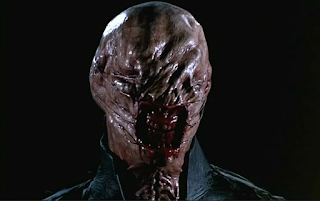 Sanguine elf PCs also have a 1:6 chance (rolled on a 6) of being a member of the ruling bloodline. Once per level, you can call upon a demonic benefactor to assist you in a time of need—a "Get Out of Jail Free card" for any sticky situation you and your allies might find yourselves in. The demon's help is rarely given for free. Oftentimes they require an offering in exchange, or a favor to be claimed at a later date...

Dawnlander PCs have a 2:6 chance of starting as a pirate. Roll up your old pirate crew (see the pirate statblock). You don't know where exactly the treasure's buried, but you know your old captain has the map. You're familiar with (and perhaps have a reputation at) the major pirate havens.

Immune to the effects of cold, both mundane and supernatural. Boreal elves possess the Boreal Aura: a supernatural ambiance that can be manipulated to function as psionics. You start with two psionic powers, and your power dice is improved one step (1d4 becomes 1d6, 1d6 becomes 1d8, and so on). Any time you were to suffer a breakdown, you suffer a shock instead. You learn magic as though you were one level below. 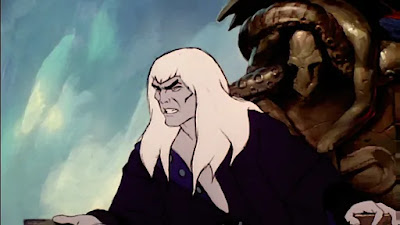 Boreal elf PCs have a 2:6 chance of being trained in the grueling spiritual practice of their kind. Through discipline, breath control, and aura manipulation, you have total control of your body temperature and heart rate, can maintain balance in virtually any position, hold a single pose indefinitely, walk on your fingertips, sense the aura of other living creatures (only surprised on a 1:6), snag projectiles out of the air (1/round, must have a hand free), and explore dungeons or travel the wilderness tirelessly without the need for rest. In order to benefit from these features, the PC must engage in intense meditation that leaves you unable to memorize spells for the day.

Immune to sleep spells. In place of sleeping, lunar elves enter a dreamlike trance that leaves them semi-conscious yet oblivious to their surroundings. Begin with an extra first-level spell. Once per day, a lunar elf can exchange a memorized spell to cast any 1st level cleric spell. 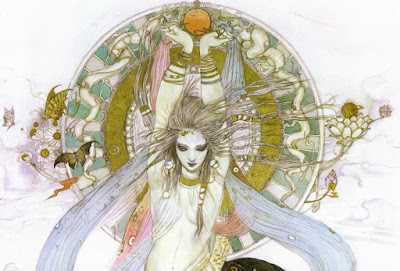 Lunar elf PCs have a 2:6 chance of having an important relationship with an etheric lunar entity. Under the light of a full moon, you can enter a trance to commune with this entity. During the trance, you can ask 1d4 questions and receive truthful though not necessarily specific answers. The entity knows much, but is not generally concerned with the affairs of mortals and so will not be able to provide answers on specific individuals, local politics, or recent events. After communing with the entity, you must spend an entire day resting.

And a bonus elf, available only to players who have run an elf PC to 4th level.

Note: I foresee some readers taking issue with the fact that the class variants have a 2:6 chance to start with an extra feature. Elves are strong enough starting out as it is, so the chance of another benefit can throw the balance even more. In my home games I like to let players start new characters with an added boon or feature from their background, usually in exchange for some starting wealth but sometimes just for free, so I wanted to give these elves a chance to start with something extra as well. If you're more orthodox with your character generation you can skip the bonus feature rolls.