This is the second installment in the B/X race-as-class variant series. Elves can be found here.

My approach to dwarves is slightly different than to elves. Makes sense to me, since elves and dwarves should be distinct from one another as well as humans. The result is not necessarily a list of dwarf "variants" but instead a table of variant features that mechanically distinguish dwarf PCs while still preserving that sweet core of archetypal dwarfness we all know and love. 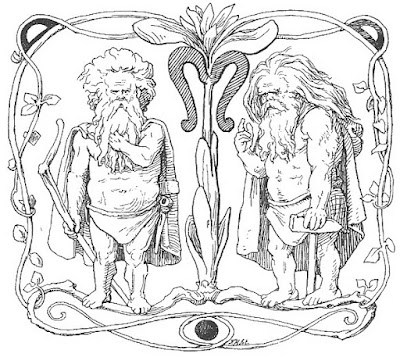 All dwarves start with Infravision (60’) and have a 2:6 chance to detect construction tricks and room traps. Players roll twice on this table to determine additional features:

Variant of the variant: Dwarf Clans

Another way to spin this if you want specific dwarf class options (like elves) instead of random table rolling: roll or pick two qualities from the list. These are now the qualities associated with a specific dwarf clan. Repeat this process a couple times until you have enough dwarf varieties to be satisfied.

Now, for example, the various clans in your campaign are goat-riding trollslayers, fire dwarves with metal teeth, jewel-eyed geomancers, wayfaring gourmands, and hearty stone-bloods with ram horns. During character creation when a player rolls up a dwarf, they decide what clan they want their character to be a part of and thus possess those features.

Dwarves are rarely idle. At home, when they’re not eating, sleeping, or drinking ale, they’re hard at work. Another thing about dwarves: they are incredibly productive. Ridiculously so. 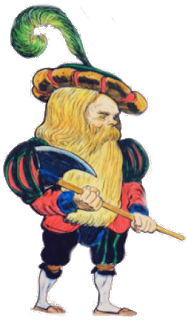 The typical amount of maintenance and upkeep required to keep a dwarf society up and running only takes so long. And so they commonly partake in a practice they refer to as “dwarf science” (sometimes translated as “stupid dwarf tricks”):  essentially, large-scale projects, oftentimes of questionable utility, that require high amounts of ingenuity and industriousness to complete.

At 9th level or above, when a dwarf PC constructs or acquires a stronghold and other dwarves come to live there, dwarf science can begin.

The dwarf PC has some control over what sort of projects get worked on, but in truth most dwarves are too self-directed and dwarf society too diffuse to effectively stick to doing projects for someone else.

Only one dwarf science project can be commissioned by a dwarf PC per year. The rest of the time, it is assumed that dwarves are doing their actual jobs or pursuing their own projects.

Examples of the sorts of dwarf science projects that can be commissioned are as follows:

Rough approximations of what can be accomplished in a single project period: 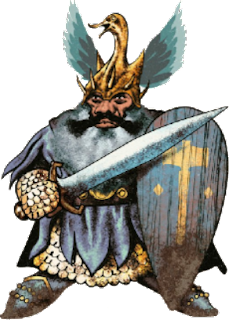 The base time and manpower requirement for any of the above projects are 1 year (52 weeks) of game time and 25 dwarves. For every additional 25 dwarves working on the project, the time is reduced by 1d4 weeks (4 weeks being rounded up to a month). For every 1000 sp invested in the project, the time is further reduced by 2 weeks. No more than 50% of a stronghold’s dwarf population can be assigned to work on the dwarf science project. The minimum amount of time it takes to complete a project is 3 months, accounting for research & development as well as production times. Dwarves who work on the project cannot be taxed the typical 10 sp per year for citizens of PC domains. Situational occurrences such as raids, resource scarcity, and lack of morale may impact cost and production time, as per the DM.

Larger-scale projects can be accomplished as long as the time, cost, and manpower scales are adjusted accordingly. Dwarf science may also require rare materials, resources, or expertise that would necessitate (of course) an adventure in order to acquire.

It should be noted that the dwarf science rules have not been playtested and may need some adjusting. Do the rules also require some amount of handwaving and work on the DM's part to fill in some gaps? Sure. But that's just in-keeping with the stronghold and domain rules from B/X. I'm not lazy; I'm just keeping the tradition alive.

The three wonderful dwarves featured throughout this post were made by Goran Gligovic. Check him out.