A Coherent yet Still Interesting Narrative Framework to Explain How the Standard D&D Magic System Works: a Love Story

Magic is the process by which the unreal is wrought upon the real.

How does it work?

The prime material plane is made up of countless minor dimensions all stacked on top of one another like pages in a book. Our reality exists as an overlapping concentration of those dimensions into a singular whole, surrounded by countless peripheral dimensions not quite incorporated into the planar realm. If our plane is considered Reality, than all the surrounding ones exist as Unreality—dimensions that are not within the Real. Magic is what results from when one or more peripheral dimensions are drawn into our reality.

Every spell is a specific event, an occurrence that results from the meeting of the real and unreal. The procedure of casting a spell is an invocation (often temporarily) brings forth unreal dimensions into our reality in a way specified by the spell’s description. A spell's effect is not necessarily the entirety of the event, but merely the most prominent and major result. For instance, Fireball doesn't just produce a fireball, but rather creates a wholly unique phenomenon where resulting fireball is the merely most observable effect. The peripheral results of a spell's manifestation are negligible, at least to most beings in our reality. Often, it is only potent extra-planar entities that are able to register a spell's impact beyond its primary effect.

What are spell levels?

A spell’s level refers to how many dimensions are drawn into our reality. First level spells pull one dimension, second level spells two, and so on. The most dimensions anyone has ever been able to draw is six (hence why there are no spells above sixth level), though it is conceivable that more can be pulled—and have been in the distant past, which could account for all the weird persistent magical effects we see in dungeons.

What about spell books and scrolls?

Consciousness is the aspect through which we are most connected to the dimensions of unreality. In order to cast a spell, one must organize their mind in such a way to act as a sort of "hook" which can latch on to the unreal and pull it forth into our world. The act of preparing spells from a spell book involves establishing the specific mind-state required to hook another dimension and pull it into our own in a manner that results in the spell being cast.

What is actually laid out in a spell book are simply the passages, sigils, and runes which the mind can focus on in order to induce the mind-state required for a given spell. Every MU has their own personal methods of recording spells in their spell book, so every spell has a unique entry in each book it is recorded in. This is why Read Magic must be used to discern the spells in an unfamiliar spell book. "Memorizing" a spell is merely a shorthand term to describe the process by which a MU develops a hook within their mind, working off of the esoteric guides set down in their spell book.

Once a spell has been cast, the transdimensional hold is cleared from the MU's head and the unreal dimension slips back into the astral periphery.

A spell scroll is essentially a partially cast spell that must be completed by an MU. The act of creating a spell scroll involves creating a partial dimensional hook that is activated once the scroll is read. The process of activating a scroll often destroys it or renders it inert, because it is the power invested in the scroll itself that is drawing the unreal into our dimension. That is why scrolls are single-use. The process of transcribing a spell from a scroll to a book is actually a rather involved process, because it requires working backwards from a single spell preparation to create a method for which the spell can be prepared by the MU. Hence, there's always a chance of failure when copying a spell. 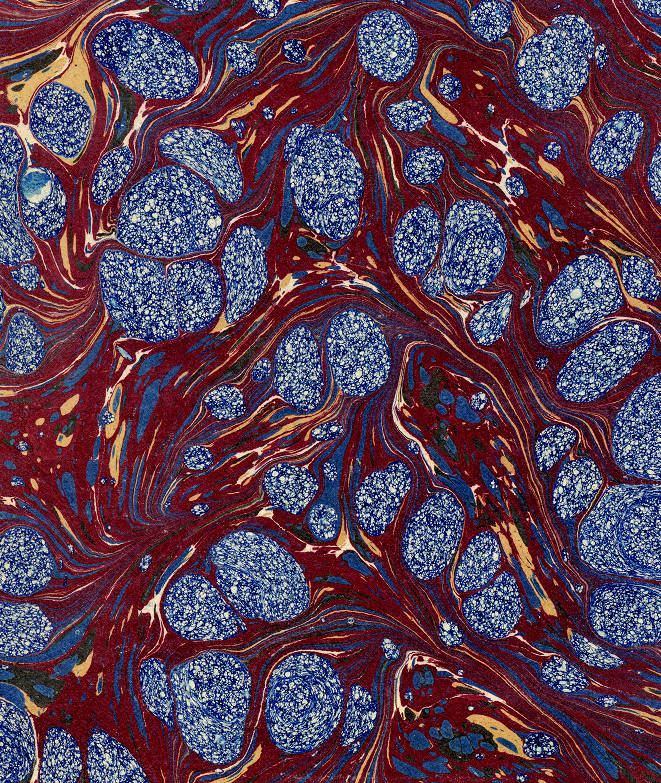 How does this account for magic items, potions, magic creatures, etc.?

While the dimensional incursions caused by spells are almost always temporary, not all of them are. Magic items exist as nexus points where multiple unreal dimensions are folded into our reality. The same can be said of magic creatures.

Cleric magic works exactly the same way as MU magic, except it's the Cleric's deity that grants them the power to draw unreality. This is why Clerics do not need spell books. 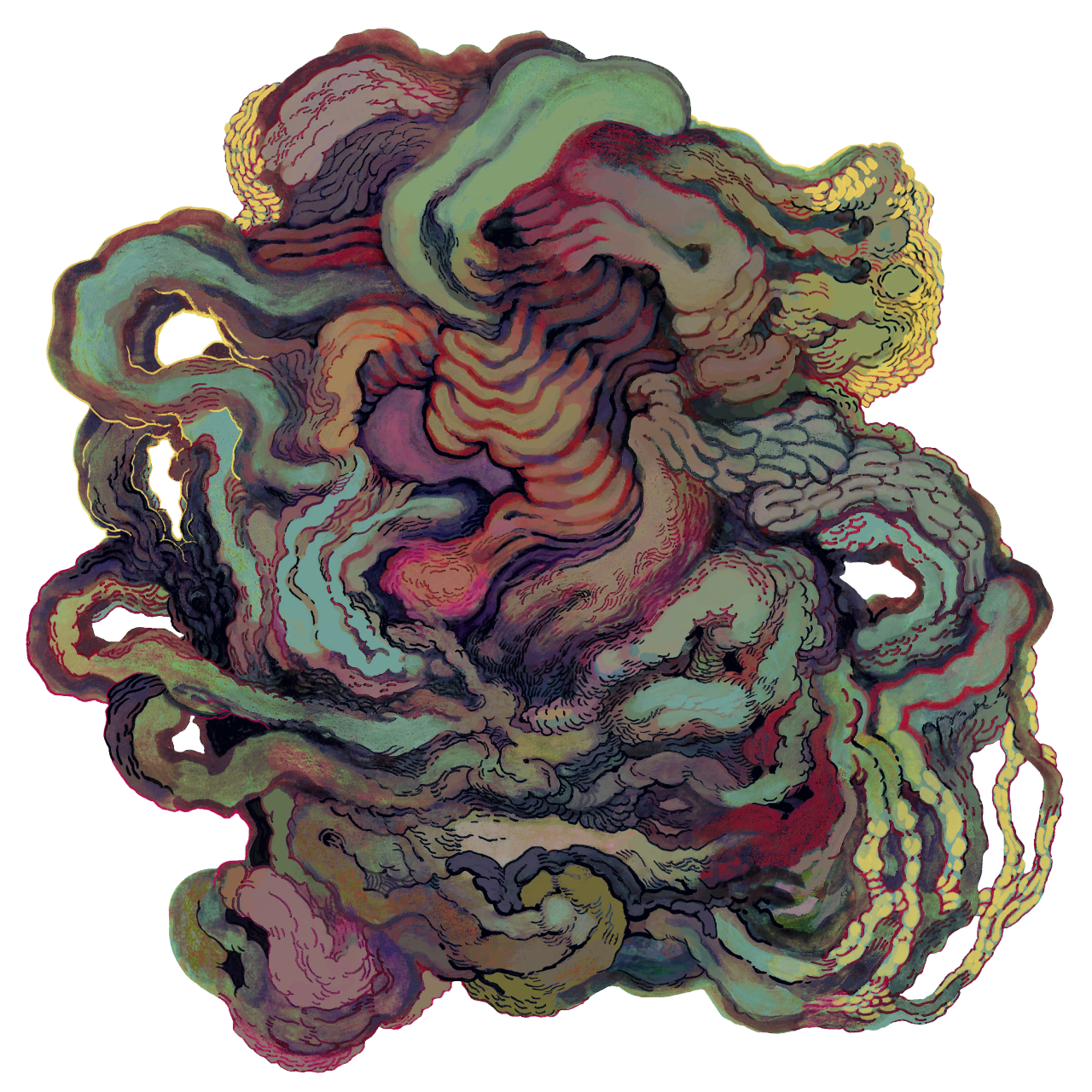 What's the point of all this?

I have a confession to make: I'm not satisfied with how baseline old-school D&D handles magic.

I know, I stake my entire reputation on these controversial opinions. Sometimes they need to be said.

But for some reason, I just can't tear myself away from by-the-book magic. I've explored other options. I've flirted with GLOG magic, fell for Wonder & Wickedness, and had a bizarre stint with a homebrew system that's better left unmentioned (now I know why they call it a heartbreaker). But through it all, I've always come back to the classic system. Despite its imperfections, its lack of coherency or a basis in fantasy fiction, it's still irresistible to me. Maybe the problems that I have with it are really just problems that I see within myself. Hmm.

So one day I thought to myself "I can make this work. I can make a framework for the standard D&D magic system that makes narrative sense and fits with the 'Weird magic' without having to change anything. I don't have to settle. I can have it all."

I need a system of magic that ties all the existing gameplay elements into a framework while still maintaining some semblance of esoteric weirdness. I want to avoid the completely flavorless standard assumptions about D&D magic without inventing a whole new system. I am neurotically fixated on having it all make sense—but not like logical sense, more sort of narrative sense—and "be cool."

The idea behind this magic "system" (really, magic flavor) was to take the assumptions of D&D magic and make them into something coherent.

No more than one or two of any of these assumptions exist anywhere in the fantasy fiction on which D&D was based. Yes, Jack Vance invented the concept of spell memorization and slots and stuff and we love him for it, but anyone who's read the Dying Earth saga will tell you that D&D's magic is a far cry from whatever it was Rhialto could do.
This leads to an interesting conclusion: D&D magic broke new ground, creating an entirely separate milieu from anything that came before it.
A lot of people, especially in the OSR, say that magic is something that ought to be stranger, more chaotic, dangerous, and unknowable They fix magic by implementing variable effect tables, mishap systems, alternate casting mechanics, and so on. Or they don't fix it at all, and just imply that magic is zany and occult while every spell in the system works the same way every time it's cast.

There's nothing wrong with grabbing that DIY spirit by the horns and using it to build a bunch of supplemental and alternative materials for casting, but there’s a lot that can be said for the magic system as it exists in the book (the book being B/X and it’s counterparts).

A lot of OSR/post-OSR/OSR-like/artpunk/Old-school-inspired DIY/rules-lite/SWORDDREAM/neoclassic D&D/heartbreaker homebrew/Etc. designers go in the exact opposite direction. Rise Up Comus' Sorcery is a Sword Without a Hilt is perfectly emblematic of this sort of mentality: all the spells are explicitly designed to be weird tools that have no direct solution to any of the immediate problems adventurers contend with, and there are many bizarre catastrophes that can befall a poor spell caster. And it's great! I think Mr. Comus did a terrific job with the spells and the system. But despite being ostensibly OSRish, it's a far cry from what the original spells in the original games were like.

This clearly just points to the fact that everyone already knows, which is that the OSR and its electron cloud of offshoots are all distinct from what "classic D&D" was like.

Instead of trying to make new mechanics to fit the nebulous, fantasy-fiction system of magic, why not create a system based on the then-novel mechanics and concepts laid down by Gygax and co.? What can we find when we fill in the gaps and create a narrative framework within which the entire D&D magic can function coherently?

Much of the work people have done to make strange, chaotic, interpretive magic mechanics is fantastic. But sometimes, you just have to dance with the one that brought ya. Love takes effort. Love takes work. But if you find the right one, it's worth it all and more.