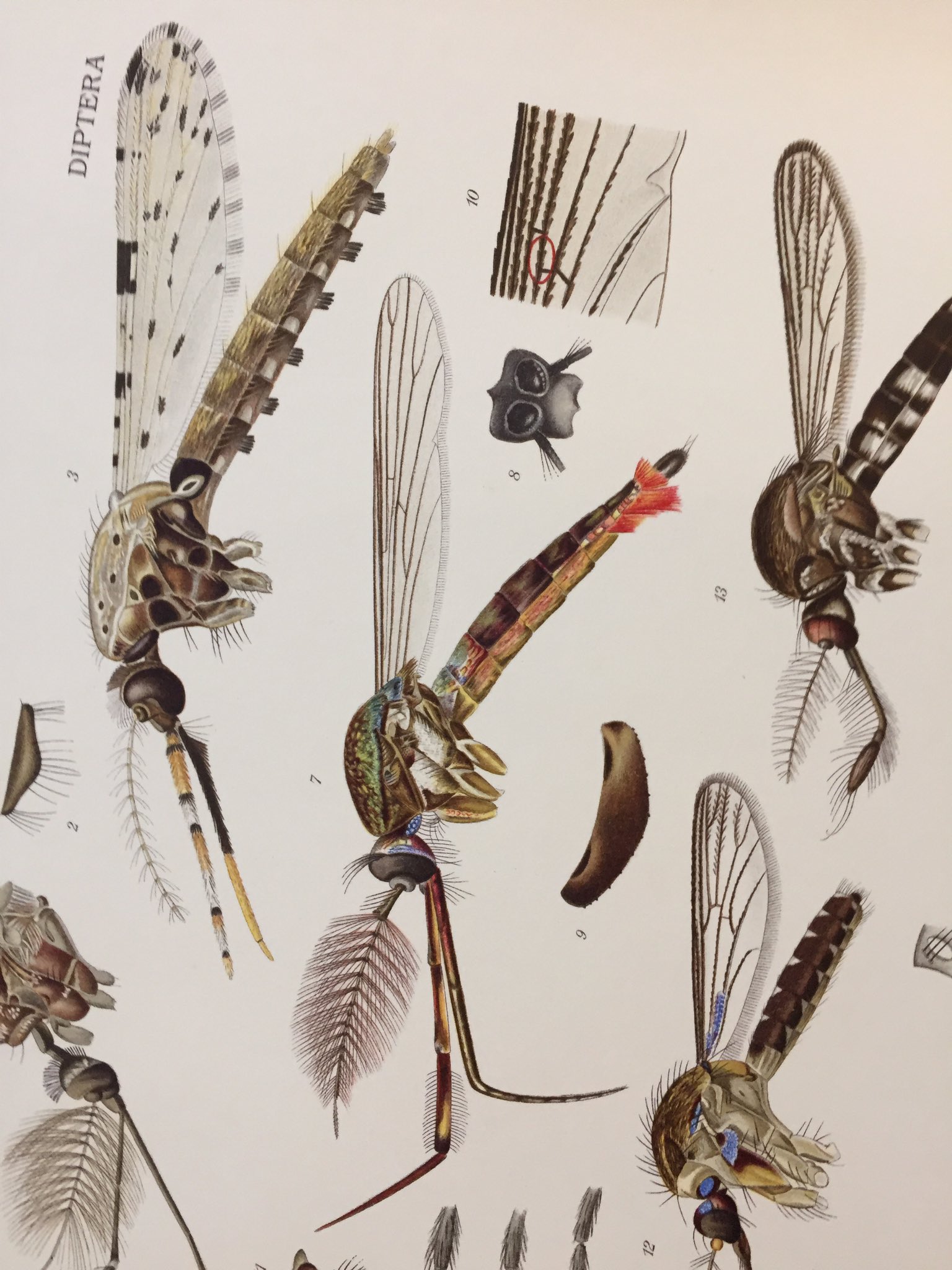 They are mostly known as Quistids, and they are exactly as wretched as you would expect. They stand around four and a half feet tall and have fuzzy mosquito heads. Their arms are gangly, and they have tiny needle-like fingers. Their clothes are dusty and out of style, but sported with a clueless confidence that elicits endless frustration in others. Their wings hang from their back like tattered scarves, always blowing in the wind and annoying those around them.

Their probosces are often kept curled and carefully tucked under their chin. It’s been said that in some hidden alleyways you can find little speakeasies where they congregate with one another away from the rest of the world. Yes they drink blood, but it's not blood from the living—and what about you, huh? You eat meat, but does that mean you’d take a bite out of a live cow?

Quistids get a perverse satisfaction from correcting others. They put on an elaborate show of “hiding” their embarrassing proclivities, only to get overbearingly defensive at the slightest comment. Their words buzz with self-satisfied indignation.

Quistids have a preternatural ability to annoy others. Unbeknownst to most everyone (Quistids included), they feed on frustration. It doesn’t nourish them like blood, but it sustains their spirit. The more annoyance draw from others others, the stronger and more defined their ego becomes.

When isolated from others, Quistids are mindless and violent with little more intelligence than an actual mosquito. They have been known to assault travelers without provocation, swooping down from the sky on their fibrous wings and baring their long proboscis like a saber.

Naturally, most Quistids live in cities where a denser population means more frustration to feed on. They live in the noisy parts of town, in buildings that always smell a little funny, where the windows are always drafty and the roofs leak when it rains.

Despite their proclivities, Quistids are fairly benign. Many are more or less integrated into their community, while others prefer to keep to themselves. But occasionally, something goes wrong.

Some Quistids become aware of their nature and how the frustration in others feeds them. Often times they just take this information in stride and don't think too much of it, but certain Quistids desire to exploit it and learn to amplify their aura of frustration and further feed their ego.

When a Quistid turns malicious, the simple annoyances they cause hardens into bitterness and rage. A whole neighborhood could fall under the influence of a single malicious Quistid. The people become cold and withdrawn, fights start easily and often turn violent, and things just generally become more shitty and unpleasant all around. The Quistid grows more and more potent, until their bloated ego bursts through the seams of their psyche and begins to manifest in the physical world. The malicious Quistid’s body warps into something else entirely, twisting to reflect a gross combination of their idealized self-image and the harrowing rancor of their spirit. The psychic emanations cause their surroundings to alter as well—things get cold, tarnished, sticky, and moist; piles of trash and refuse manifest in the corners; everything smells of mold and water damage. The whole environment becomes almost consciously inhospitable.

Affected vermin become fat, fleshy menaces. They develop sphincter-like mouths from which flick hungering probosces, and faceted eye clusters sprout on their backs. Humans, too, can be affected: they get overtaken by inarticulate, feverish rage, picking at scabs with swollen fingers or beating each other until their knuckles turn blue. 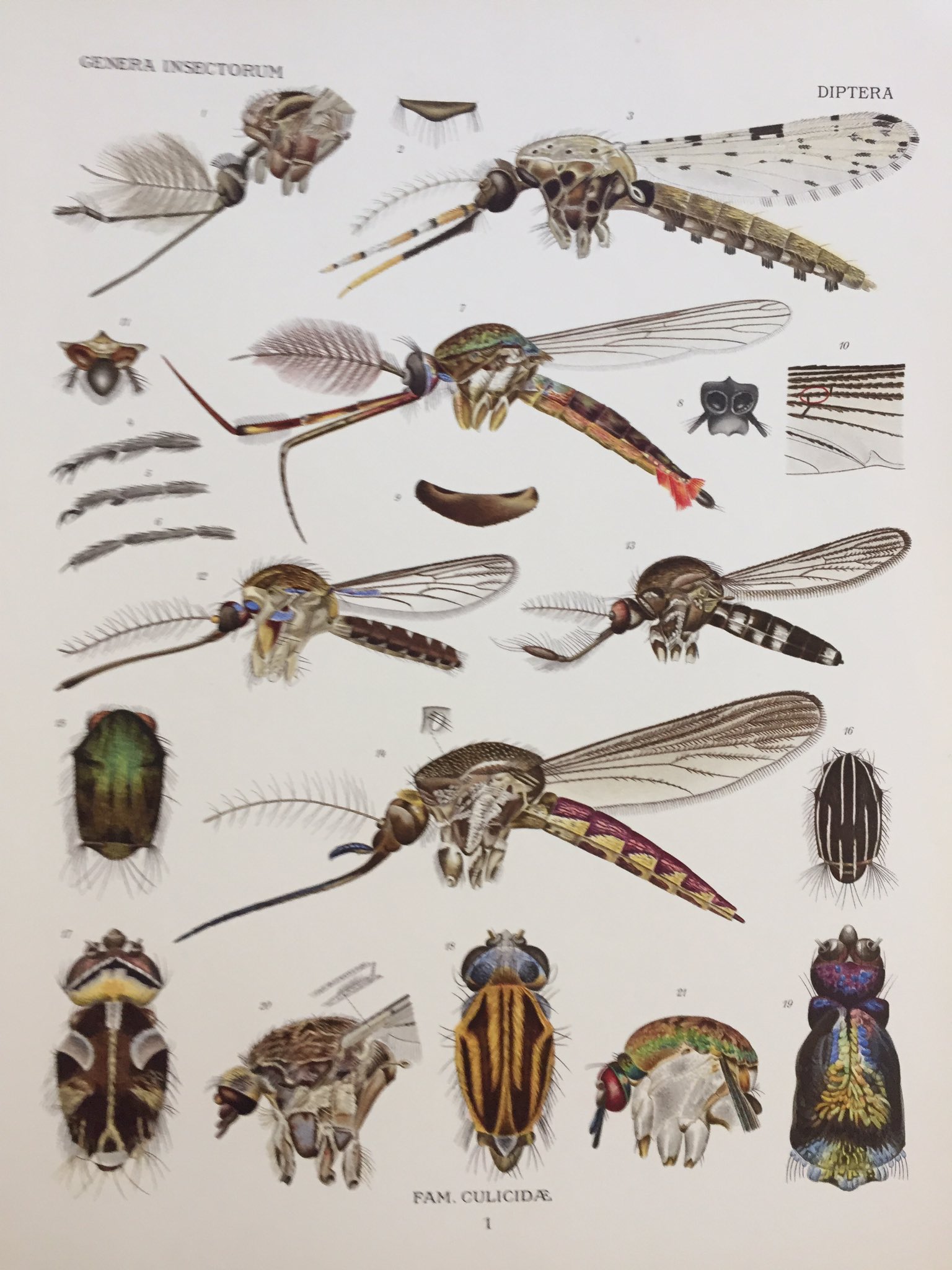 Throw them in your city encounter tables. It helps if they are engaged with a group that the PCs will likely butt heads with, so have your crime bosses and urban cultists use them as henchmen. Let them show up at inopportune moments, when the PCs are embroiled in something else and really can’t spare the time to deal with mosquito men. Make sure that the players get adequately frustrated whenever they show up.

Eventually, somewhere in the city, a Quistid is on the verge of turning malicious.

As things start to get worse, other Quistids start to get nervous. They’ve been tolerated well enough up until now, but the more self-aware ones know that one malicious Quistid is enough to get the whole population be ousted from the city. Or worse.

The city needs a savior from the malicious Quistid. And the Quistids need someone who can deal with the issue before they all get blamed. If circumstances get bad enough for the Quistids, more and more will become malicious.

So the Quistids come to the PCs and ask them for help. The players should be pissed off at them by this point, but obviously the right thing to do is to help them, so you get a nice and simple moral quandary.

If the PCs choose to help, they track down the malicious Quistid, make their way through the horrid environment, and put a stop to the monster. Maybe they kill it, maybe they show it the power of friendship. It's up to them.

If the PCs fail, the malicious Quistid would eventually get killed by a group of upstart adventurers/mercenaries that the city hired. The group wins acclaim, and begins to lead the efforts in hunting down other Quistids and executing/imprisoning them before they turn malicious. The group rises in prominence, until eventually it is shockingly revealed that they are not who they seem, have some sort of ulterior motive, etc., etc.

If the issue gets resolved, everyone is happy. The Quistids are eternally grateful to the PCs and the city is able to keep its hands clean. But... what caused the Quistid turn malicious in the first place? Could it just have been by chance? Or did something, or someone, give them the means to turn bad? Was it all just a distraction to cover some deeper conspiracy??

Treasure: 1-in-10 chance a Quistid is carrying a valuable piece of jewelry or gemstone worth 1d100x10 sp, otherwise they carry nothing but garbage. Lairs have d6-d4 (minimum zero, obviously) pieces treasure.

Limited Flight. Quistids can’t fly for more than one minute at a time, and are unable to attack or act on the round they begin flying.

Pester. Quistids can attempt two attack rolls instead of one. If both succeed, the Quistid prevents their target from attacking for one round, or takes something the target is carrying in their hands, or does something else similarly frustrating. If either or both rolls fail, nothing happens.

Treasure: As a normal Quistid. Additionally, in the process of turning malicious, a Quistid’s eyes become hate-filled rubies worth 2,000 sp each. The rubies burn with an inner light for 1d6 days after they are extracted, during which time whoever carries one on their person gets a +2 bonus to attack rolls but suffers a -2 penalty to reaction rolls, including reaction rolls made while in a group with others. The rubies may be more valuable to chaotic wizards and cultists while they are glowing.

Blood sucking. Regenerates half the damage dealt with their proboscis, rounded down.

Incensing aura. While in the presence of a malicious Quistid, all failed rolls may result in some additional penalty as determined by the DM. For instance, failing a roll to accurately throw a flask of oil results in all the oil leaking out of the flask and on to the attacker.

Image credits go to this guy.