"In the goblin lair lives a goblin king," reads the goblin entry in the Moldvay monster section. I like the phrase; it's got a pleasant meter to it that lends some appropriate fairy-tale whimsy.

Goblin kings are, per the rules, 3 HD creatures (with 15 hp) that get a +1 damage bonus and a 2d6 squad of 2 HD goblin bodyguards. Tolkien already did the generic "goblin, but bigger" goblin king in the distant 1900s, which was charming at the time but passé in the current era. It has been done before; we should be emboldened to leave that sinkhole of creativity and journey forth into realms of stranger possibility. Here are some alternative "kings:" 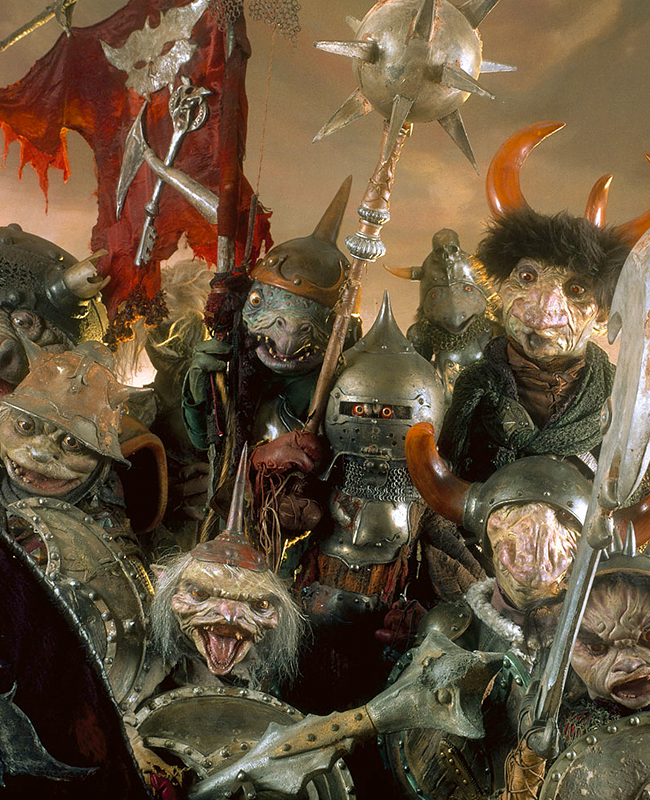